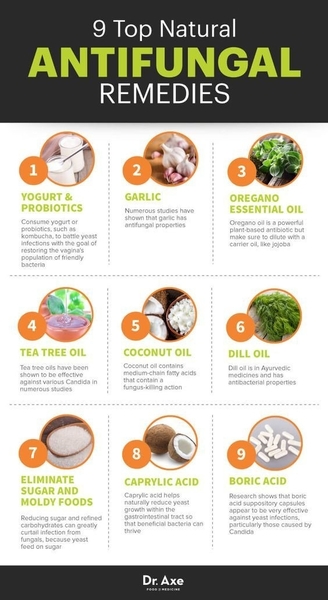 Candida (also sometimes referred to as a thrush, yeast or fungal infection) is a single cell, plant-like fungi. It starts life as a yeast, which everybody has in their digestive systems and other mucous membranes from birth. It also lives on the skin.

In terms of how it acts in the body, Candida is an overgrowth of yeast (referred to as Candidiasis) that usually starts in the gastrointestinal (GI) tract and gradually spreads to other parts of the body. It is a resilient and invasive parasite, which usually attaches itself to the intestinal wall and can (if left untreated) become a permanent resident of the internal organs.

You might be surprised to learn that recorded incidences of Candida overgrowth date back as far as the 1700s. Hippocrates identified the presence of yeast infections as thrush in patients.

What are some of the known causes of Candida?

When all is well, the Candida yeast is kept under control by the healthy flora that we have in our bodies and, more particularly, in our digestive tract (sometimes referred to as "friendly" or "good" bacteria). In this way, it normally co-exists with many other types of bacteria, in a state of balance.

For instance, Candida albicans is part of the normal flora of the mucous membranes of the female genital areas, gastrointestinal and respiratory tracts, which cause no disease. However, overgrowth of this species may be the cause of infections that could include thrush (oropharyngeal Candidiasis) and vaginal Candidiasis (vulvovaginal candidiasis).

Unfortunately, the modern diet, lifestyle and environment are not always conducive to healthy bacterial growth. We are exposed to an ever-increasing amount of toxins and junk foods on a daily basis, as well as stress in our lifestyles and pollution and chemicals in the air we breathe and the water we drink.

It is thought that overgrowth of yeast tends mainly to occur in those with weakened immune systems or those whose levels of good bacteria have diminished as a result of some external factor (e.g. through stress, disease (such as diabetes), pregnancy and/or the use of antibiotics, birth control pills, steroids or other long-term medication).

When the body's defences are weakened, it provides fungus with optimum conditions to grow. This allows Candida to enter the bloodstream, travelling through the body to colonise areas such as the urinary tract, vagina, tissue, nails, mouth, skin and other organs.

Once such overgrowth has begun, if not diagnosed and treated appropriately and promptly, it can result in a chronic systemic problem. It is thought that large numbers of yeast germs can weaken the immune system further, thereby perpetuating the problem.

Candida has the ability to produce around 75 toxic substances that can poison the human body. These toxins are believed to contaminate tissue and weaken the immune system, glands, kidneys, bladder, lungs, liver, brain and then the nervous system.

What are some of the symptoms of Candida?

Overgrowth of Candida can lead to a number of unpleasant symptoms, including:

It is widely advocated by natural health practitioners that people suffering from a Candida overgrowth might benefit from eliminating certain foods from their diet, restoring gut health and altering their lifestyle.

Some yeast is always present in the digestive system, but its growth is kept in check by way of the balance of good and bad bacteria in the gut. This is thought to be assisted by a diet which maintains correct acid/alkaline characteristics.

Therefore, a diet dominated by high sugar intake (which the yeast demands to maintain its presence and growth) and foods containing yeasts or fungi (such as mushrooms, cheese and milk) can lead to a disturbance of this delicate balance.

Supplements can also offer much needed support. For instance, to alkalise the body, remedy disbiosis (by helping to increase numbers of good bacteria) and to elimiate parasites and other pathogens. High-strength, multi-strain probiotics, anti-fungals, digestive enzymes and plant-based powders are all possible additions to support a Candida diet.