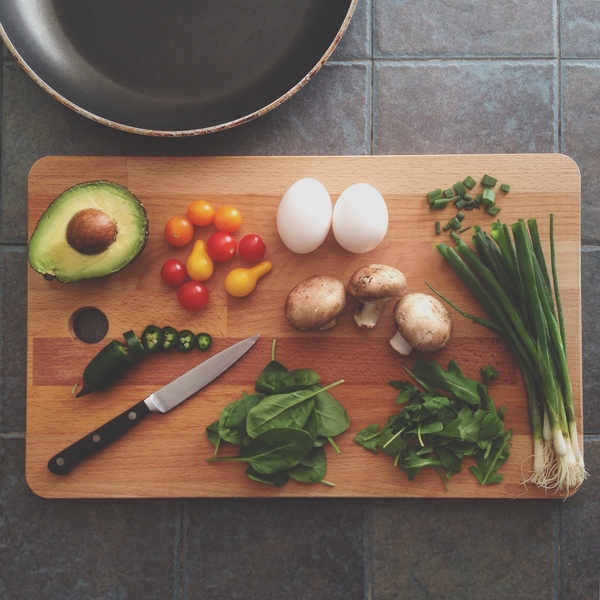 In this modern age of processed foods, farming on a massive scale and the widespread use of artificial chemicals to enhance everything from taste and appearance to shelf life, you can no longer take it for granted that you know what is in your food just by looking at it.

Unfortunately, food is no longer a simple concept. Can you honestly say you know what you are eating and what is going into your body with every bite?

You might ask yourself, "why is this even important"? Well, the answer is your health. Chemicals, contaminants and pollutants can all contribute to illness and disease, and can even affect processes within your body ranging from weight loss, cognitive function and digestion, to hormonal balance and immunity.

With this in mind, can you afford to ignore the makeup of your meals?

A prime example of "hidden" ingredients is food additives. Almost everyone has heard of them, but how many of us actually take the time to find out what they are, which ones appear in our food and how they might affect our health?

Actually more and more of us, particularly as the health benefits of natural living, healthy eating (and, more specifically, an organic diet) become better understood, versus the health risks associated with poor eating habits.

As a result, health-conscious individuals who are seeking to minimise their daily exposure to toxins and pollutants take the trouble to educate themselves about the different types of food additives out there. Over the years, there has been quite a bit of controversy about these chemicals and below are some of the "need to know" basics.

As their name implies, food additives are substances that manufacturers add to foods for any number of reasons (usually to increase profits). For example, to preserve flavour, keep the food fresher for longer and to enhance taste, texture and appearance.

However, not all food additives are bad, despite the negative connotations with the phrase. Some are actually natural compounds - for example, vinegar used for pickling and salt used to preserve meat. These additives have been used for centuries and are natural methods. Similarly, there is a common misconception that processed foods automatically contain food additives, but this is not always the case. For example, long-life milk is processed, yet it doesn't actually require added chemicals to prolong its shelf life.

Unfortunately, the vast majority of additives now used are synthetic or man-made and have, to a large extent, come about as a result of the increasing time constraints of modern living and the changing palates of modern consumers. For instance, the average person is looking for a snack that is either highly salted or sweetened. Similarly, in this age of competitive advertising and saturated food markets, the brighter, highly coloured food items are normally the ones that get selected. Food needs to be fun to eat, nice to look at and tasty.

The nature of the modern diet and lifestyle has resulted in fewer and fewer home-grown and natural whole foods, and an increase in the number and type of processed / refined foods. In turn, this has led to an increase in the number of additives used in foods - both natural and synthetic. While we are, thankfully, starting to see a reversal of this trend, it remains important to inform yourself about the ingredients in your food, to help protect the health of you and your family.

If you are unsure whether or not a food product contains additives, check the label. If there are ingredients that sound like a chemistry experiment, they are probably best avoided. It is also important to note that some listed ingredients may contain food additives themselves, without those necessarily being specified. For example, a product may contain margarine, which in turn contains additives, but only "margarine" will be listed as an ingredient on the label.

It is good practice to familiarise yourself with some of the more common food additive names, ready to identify them when out and about shopping. Below we will take a look at some of the most notorious additives - E-numbers.

E-numbers get a lot of media attention but, once again, the reality is a little different to what is often portrayed. The phrase itself conjures up images of "food nasties", but are they really as bad as we are led to believe? The answer is probably "yes", but it is worth taking a closer look to get the full picture.

After an additive has been tested and approved for use in foods in Europe, it is given a classification known as an "E-number" (a number with an "E" prefix, e.g. E100), for the purposes of regulation and to inform consumers. In other words, it is simply a systematic way of identifying different food additives. Countries outside Europe use only the number (no 'E'), whether the additive is approved in Europe or not.

The important (and perhaps surprising) point to bear in mind, is that even natural additives will be labelled with an "E" prefix - so don't automatically discount a food which otherwise looks healthy. Knowledge is power, so know your E-numbers!

This is a controversial question and one that has not been answered satisfactorily as yet. However, common sense dictates that filling our bodies with synthetic chemicals cannot be as healthy as eating a diet rich in natural whole foods and is likely to be detrimental to health in the long term, for instance by adding to our toxic load.

Since the second half of the 20th century, there has been a significant increase in the use of food additives of varying levels of safety and for the reasons described above. This has necessarily led to the introduction of a wide range of laws worldwide, regulating their use.

The long-term effects on the body of regularly consuming a combination of different food additives are, unfortunately, currently unknown - hence the need for regulation. This is largely due to the fact that most additives are tested in isolation, rather than in combination with other additives. However, what is clear is that some people are sensitive to them and suffer reactions as a result of their consumption. These reactions include:

headaches
skin irritations (itching, rashes, hives etc)
digestive disorders (including diarrhoea and abdominal pains)
respiratory problems (like asthma, rhinitis and sinusitis)
allergic reactions and anaphylactic shock
behavioural changes (such as mood changes, anxiety and hyperactivity).
Research undertaken in 2007 by Britain's Food Standards Agency and later published by the British medical journal "The Lancet", provided evidence that a mix of additives commonly found in children's foods serves to increase the mean level of hyperactivity. Similarly, in 2008, AAP Grand Rounds (the American Academy of Pediatrics) published a study that concluded that a low-additive diet is a valid intervention for children with ADHD.

Bearing all this in mind, it is important to remember that all foods are made up of chemicals, many of which are not always "safer" than those found in food additives. For example, people with food allergies and intolerances are also often sensitive to chemicals found naturally in certain foods, such as dairy, nuts or shellfish. However, it is always a good rule of thumb to opt for natural ingredients over synthetic ones and to adopt an organic lifestyle wherever possible.

Additives to watch out for...

Some of the additives most likely to cause reactions include:

Flavour enhancers: A well-known example is monosodium glutamate (MSG E621). They are commonly found in crisps, instant noodles and microwave and takeaway foods.
Aspartame: This is an artificial sweetener, which is made of phenylalanine, aspartic acid and methanol (a type of alcohol). When broken down in the body, methanol forms formaldehyde, formic acid (found in the venom of ants and bees) and diketopiperazine - all quite nasty substances. Aspartame is found in diet drinks, yoghurts and sugar-free items (like chewing gum).
Sulphites: This group of additives is often found in dried fruit, desiccated coconut, cordial and wine. They have been known to trigger asthma attacks in sensitive individuals.
Propionates: This type of additive can occur naturally in foods (e.g. certain types of cheese). They are also common in bread. The effects are dose-related and may range from migraines, bed-wetting, nasal congestion and racing heart to memory loss, eczema and stomach ache.
Antioxidants: Don't get confused with the naturally-occurring antioxidants found in whole foods like fruit and vegetables and which are widely used to support good health and immunity. Antioxidants in the context of food additives refer to those that are synthetic chemicals which are added to food, and may therefore have a harmful effect on the body. Examples include Butylated hydroxytoluene (BHT) and Butylated hydroxyanisole (BHA), which are added to prevent fat spoilage. They are commonly found in margarine, biscuits, crisps and muesli bars. They have been linked to health conditions such as insomnia, tiredness, asthma and even learning difficulties.
Colours: The most common offenders in this category of additives are tartrazine (E102) and annatto (E160b). Synthetic colourings have been linked to allergic reactions, as well as learning and behavioural problems in children.
Categories of additives

Preservatives, colourings and flavourings are some of the best known additives. However, there are actually a number of other categories, each of which is tailored to a specific purpose. These include: